If you take the only tarred road into Ivanhoe from the south, the first thing you’ll see on the right hand side is a typical country service station. I say ‘typical’ because it looks quite run down and yet you can buy petrol, food and other groceries and get your car towed or serviced or even stay overnight in one of the cabins ‘out the back’. The owners, Shell and Rob are the kind of people who will call a spade a spade – or maybe “a bloody shovel”. They tell it how it is – warts and all – and if that involves the occasional expletive then what the f***.

Apparently there was an occasion where a Sydney radio station randomly chose the service station to do an interview about Ivanhoe’s famous / infamous hot summers. When Shell answered, there were quite a few worried locals – as to just how much of the interview might have to be ‘bleeped’ out. That kind of outspokenness sometimes puts them at odds with other locals but they are very much “what you see is what you get”.

END_OF_DOCUMENT_TOKEN_TO_BE_REPLACED

8.00 Sneak out of bed early leaving Nigel to catch a few more Zs. Contrary to ‘normal’ policing hours he starts work at 9am and finishes at 5pm……. are the city cops jealous? Time to water some of the backyard (‘some’ because there are water restrictions after 9 am and very low water pressure = about 3 hours to do the whole yard); weigh self and make a mental note not to eat any more of Jackson’s chocolates – even though he did say to take whatever I wanted in his fridge (his way of getting me to clean out the fridge) while he’s away and I’m feeding Moses (cat).

END_OF_DOCUMENT_TOKEN_TO_BE_REPLACED

One of Ivanhoe’s best-loved characters is Mr Baird, who delivers groceries to the General Store in Ivanhoe as well as door-to-door deliveries of meat orders. The fact that the locals refer to him as Mr Baird (never Bill) shows the respect that they have for this gentleman of the Bush. Mr Baird’s good friend, Loma Marshall lives up the road at Mossgiel where he would regularly stop for lunch on his way to Ivanhoe. Before the road was tarred, wet weather would see Loma running alongside Mr Baird’s truck so that he didn’t need to slow down (and get bogged) to get his lunch. I didn’t write these two articles but they tell their stories much better than I could. The articles were written by Sam Williams and published in the Daily Telegraph in January (2009) – photos by Nathan Edwards.

END_OF_DOCUMENT_TOKEN_TO_BE_REPLACED

We’ve just managed to chalk up 1700 km on dirt roads and almost made it back from Cameron Corner intact. I say almost because we lost our wire cage, which housed the spare tyre on the roof, when we were going over a dry creek bed. The boulders were quite big and when the back of the car flicked out the bolts shirred off and were nowhere to be found. Luckily the tyre and the cage fitted into the back of the car and we continued on our merry way. The only other mishap was unexpected rain, which meant that we slid the last 20 kms of our trip back home.

END_OF_DOCUMENT_TOKEN_TO_BE_REPLACED

Living in Ivanhoe allows us to travel interstate to Victoria with relative ease but recently we managed a quick trip (3 days) to South Australia. As well as the city, we visited the Barossa Valley and the Adelaide Hills with their tiny villages (Hahndorf was spectacular despite the rain) and a few beach suburbs including Victor Harbour on the Fleurieu Peninsula. 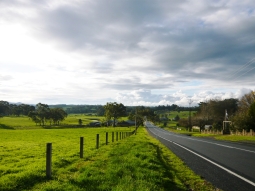 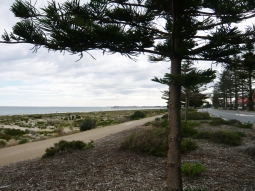 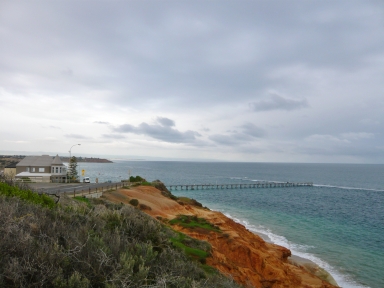 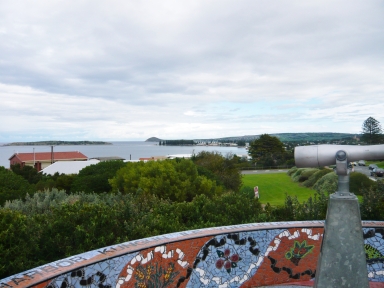 END_OF_DOCUMENT_TOKEN_TO_BE_REPLACED

I may just have been a tad early in proclaiming my new non-complaining self so this email comes with a warning of verbal diarrhoea, hyperbole and the like. If you’re looking for someone to blame, then that would be Number 2 son, who encouraged me to write this all down so that someone else might be cheered by the knowledge that things go wrong for other people too.

As you know, the only mishap during our trip to Cameron Corner was a ‘Challenger vs rocky creek bed’ moment where our Rhino Rack became separated from the roof of the car. 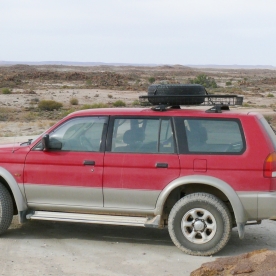 END_OF_DOCUMENT_TOKEN_TO_BE_REPLACED

Following on from our last email – and in the same gin, razor blades and Leonard Cohen mood – I forgot to mention event number 5, which happened recently on a solo trip to Paradise. With one car between us it seems that Nigel has seamlessly fallen into the role of designated driver on long distance trips, which means that I get to sit and stare out the window, admiring the view and keeping watch for stray emus. END_OF_DOCUMENT_TOKEN_TO_BE_REPLACED

Married to a Country Cop
Blog at WordPress.com.