If I’ve given you the impression that pulling up stakes, moving to the outback and renting out our house on the beach has been sunshine, lollipops and rainbows then I need to apologise. This blog started as a way of encouraging police and their partners to give special remote policing a go and I decided, at the onset, that there would be more positive than negative reports. But in the interests of balanced reporting and just in case I made it sound like the perfect bush change, I should point out that life hasn’t always gone smoothly.

As I’ve said before, special remote locations have incentives for a reason. However, even with incentives, some remote positions go for months without being staffed. It’s definitely not for everyone.

For one thing, if you’re a party animal then you might find life in a very small town a tad boring. Unlike Cobar, Ivanhoe had a pub (mandatory), club and general store and not much else. Enngonia, which was even smaller, had a pub with a “general store” section and not much else. Of course, you could always escape to the nearest town for some night life but would you risk the kangaroos and dirt roads to then drive at least 100 kilometres back home?

And don’t forget the wife and kids. While most small towns have a Central or Primary School, there are no high schools so teenagers go off to boarding schools, leaving Mum at home to deal with the heat, snakes, dust storms and blow flies alone. My saving grace was gardening but that’s definitely not for everyone!

Country folk are quite used to dust storms and blow flies and the like. 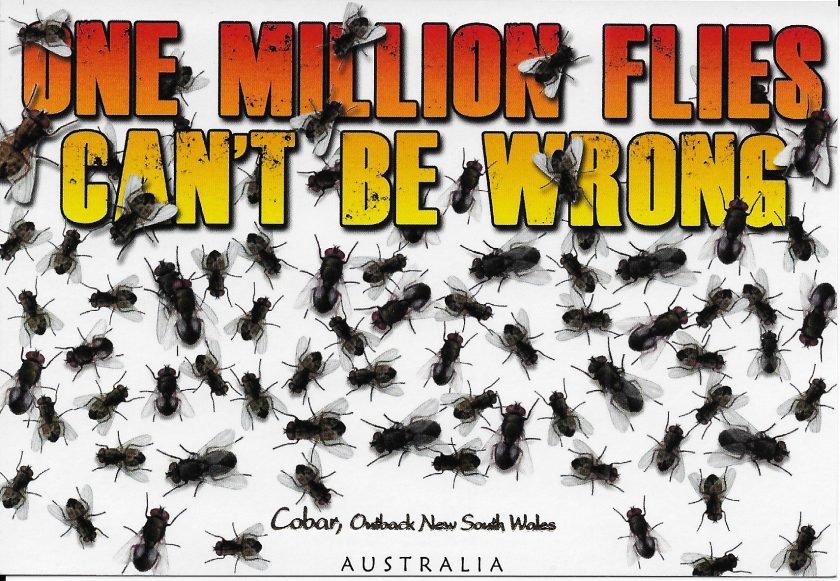 However, for us city folk they’re all forces to be reckoned with, especially when, at the beginning of summer, you turn on the evaporative cooler for the first time in months and the house literally fills up with dust.

Another “down side” is the lack of tradesmen. With temperatures beginning to climb, we’re still having problems with the evaporative cooler, which apparently needs a new solenoid and Alex is nowhere to be seen. So the system leaks water into the roof cavity every now and then and we now have a patch of mould growing on the ceiling. Of course, we’ve told the property manager but work orders seem to move slowly in the bush. We’ve been waiting patiently since last October for the electrician to return with our replacement fan and light for the main bedroom. In the mean time I suppose it’s lucky that we don’t go out at night because we wouldn’t be able to see to find our clothes!

And if all of that has failed to elicit sympathy, then here’s a couple of tenancy issues back home that we could have done without….. in fact I wrote a blog titled “Paradise Lost” and then thought better of publishing it. After all, it wasn’t really lost – just temporarily misplaced.

The first problem was when a young tenant decided to take off with our guest book – with all its beautiful comments. It seems that we weren’t the only ones, who enjoyed reading said comments and despite our pleas, then threats by our property manager, it was never returned and all further phone calls were ignored. Strange but true. Not being well-versed in the proofs of larceny, or stealing, (or is it theft?) I was amazed when Nigel correctly predicted that we’d never see it again.

To be fair, 99% of our tenants are absolutely lovely. They clean up after their fur babies and leave the house pretty much as it was when they arrived, which allows the cleaners just enough time to vacuum, mop, clean both bathrooms, re-arrange furniture, wipe down all benches etc in time for the next tenants.

However, recently we had two really bad back-to-back bookings. The first family thought it was okay to leave the toilets un-flushed (I know I promised more photos but maybe not that one), food scraps all over the floor, copious amounts of sand in the showers and kitchen items strewn all over the benches. It actually took two cleaners six and a half hours to return the house to normal.

The second booking allowed their two (big) dogs to sleep in the beds and soil the blankets. The blankets were all washed but the doggy smell was apparently overwhelming, which drew a scathing review from the next tenants (If you want to sleep in a kennel this is for you). For quite a while after that review it appeared that no one wanted to leave a follow-up review for fear of being labelled a kennel dweller!

Of course accidents can’t be avoided and unintentional damage (think panicked Rottweiler) while inconvenient, is par for the course. I’ve lost count of the number of times we’ve had to change/ chuck furniture especially in the lounge and dining rooms where sandy bottoms and  leather collide. Here’s a few of furniture changes.

So there you have it. If I gave you the impression that holiday rentals go swimmingly and bush living is a breeze then I apologise. Remote policing hasn’t always been hunky dory.

Country or coast, life will have its dramas. Still, if you can cope with the housing traumas and turn a blind eye to the dust storms, you might just be glad you made the decision to go west.

After three uncomfortable  nights followed by three phone calls to the property manager, Alec arrived this morning, solenoid in hand, and we are now basking in the cool, if slightly dusty, breeze of our repaired evaporative system! News to hand suggests that Justin might also be back this afternoon to install our new fan and light. Life is good!